Project Everyone has taken the ‘World’s To-Do List’ campaign – developed by Accenture Song in the UK - to the UN General Assembly (UNGA) in New York and to cities around the world as part of a creative campaign to urge action on the 17 Sustainable Development Goals.

A new 1min 45sec film premiered to world leaders at the UN General Assembly this week as part of the annual SDG Moment which is held at the beginning of the High-level week and serves to place a spotlight on the Sustainable Development Goals. The film shows the 17 Goals, which world leaders promised to achieve by 2030, represented as giant sticky notes that lift from iconic locations around the world - eventually converging at the United Nations Secretariat itself as a powerful reminder of what still needs to happen.

Directed and produced by nineteentwenty, the new film features the song ‘Blowin’ in the Wind’ - made famous by Bob Dylan and sung by up-and-coming artist Cloves - to underline the key message that the answers are not ‘blowing in the wind’, they are set out in the Global Goals and leaders at the UN General Assembly are the ones who can make them happen. For the premiere of the film the song was performed live in the GA Hall by Judith Hill.

Project Everyone is a not-for-profit promoting the UN’s 17 SDGs set-up by film writer, director and SDG advocate Richard Curtis.

This new campaign, which includes social, digital and OOH running in nine cities globally, builds on the ‘World’s To-Do List’ creative platform originally developed by Accenture Song’s UK team in September 2021 - which was launched in response to world leaders’ 2015 pledge to deliver on the Global Goals by 2030.

This year the campaign speaks directly to world leaders, holding them to account and ensuring the Global Goals are being addressed with urgency at a fragile time when progress on many has been reversed by COVID-19, and when the world faces a deepening cost-of-living crisis that could further undermine progress towards the SDGs.

Adam Kean, Executive Creative Director at Accenture Song, said: “The film beautifully dramatises a simple, but important message. That the answers to the world’s problems aren’t somewhere, out there in the world, waiting for someone else to find. We have the answers set out in the Global Goals- we simply must get the ‘World’s To-Do List’ done.”

Richard Curtis, co-founder of Project Everyone said: “It’s never been more crucial that world leaders and the world at large rallies behind the SDGs. They are the World’s To Do List – a blueprint for a better world - and it’s time they’re prioritised and leaders come together to get them done.”

As well as the hero film, Accenture Song has also created a version for the public with the broader role of raising the profile and importance of the Global Goals across the world and energising and motivating individuals to take action.

Kate Garvey, co-founder of Project Everyone said: “The World’s To Do List campaign has gone from strength to strength. It’s been brilliant to see so many mayors adopt it this year – we know that cities - hotbeds for innovation, education, and creativity – hold the keys to tackling the climate emergency and achieving the Goals.”

Partners have also rallied behind the campaign: Vice Media will donate digital space across their portfolio; in the UK Ocean Media and Open Media are gifting media space in support of the campaign. 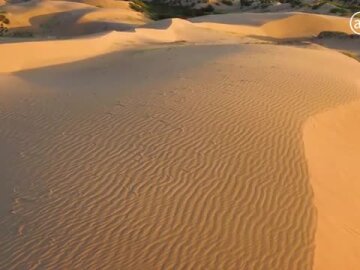 The new campaign highlights how in the Army, soldiers are defined by their skills, not gender, letting everyone reach their full potential in a... lire plus
AGENCY: ,

Lidl revealed its highly anticipated Christmas ad on Twitter’s ‘First View’ feature, ahead of a full TV launch during tomorrow’s ‘I’m a Celebrity... lire plus
AGENCY: ,

As part of Plusnet’s Yorkshire Day campaign to encourage the nation to ‘save the Yorkshire way’, Plusnet and Karmarama, part of Accenture... lire plus
AGENCY: ,

The British Army and Karmarama, part of Accenture Interactive, are launching a new podcast series, called The Locker, that explores long-lasting... lire plus
AGENCY: ,
Plus d'actus