Réseau: We Are Social (London, Royaume-Uni)

Réseau: We Are Social (London, Royaume-Uni)

“GENOCIDE IN BURUNDI”: FIDH AND WE ARE SOCIAL CREATE FAKE MOVIE TRAILER TO CALL FOR GLOBAL ACTION THE ONLY MOVIE YOU WOULDN’T WANT TO SEE

FIDH (International Federation of Human Rights) and global social media agency We Are Social today launched a campaign centered around a shocking trailer to a fake movie to raise public awareness about the risk of a genocide in Burundi and call out to the UN to intervene before it is too late.

The video entitled "Genocide in Burundi", by Pierre Nkurunziza, the President of Burundi, is set out like a real movie trailer and created in the style of numerous films based on African tragedies such as “Hotel Rwanda”, “The Last King of Scotland” and “Johnny Mad Dog”. The campaign “Genocide in Burundi” #StopThisMovie has been created to showcase a powerful message that if the situation in Burundi continues to deteriorate, this fictional trailer could become an actual real-life movie in the not so distant future. The only movie you wouldn’t want to see.

« Presenting our campaign as a movie, a media which everyone can relate to easily, allows us to get our message to a large global audience. However Burundi’s descent into hell is no scenario written in Hollywood, it is really taking place right now. We must act before it is too late and take action to end the serious crimes that are currently being perpetrated in the country » declared Dimitris Christopoulos, FIDH President.

At the end of the trailer, internet users are invited to sign a petition (the online petition will be available from 6am NY time on the 15th of November via this URL). Written by Anschaire Nikoyagize, ITEKA president, the petition is a letter, a cry for help asking the UN to deploy a peacekeeping mission to protect the civilian populations and prevent a possible genocide.

A CAMPAIGN BASED ON THE MODEL OF A BLOCKBUSTER FILM LAUNCH

The “Genocide in Burundi” trailer will be presented on the French movie platform AlloCiné (similar to IMDB), as if it were a real movie trailer. It will also be shown for one week on Times Square in New York (ON ELECTRONIC BILLBOARDS IN TIMES SQUARE) from November 15 through to the 22nd , as well as in many French theaters as if it were a real movie trailer. To top it off, on social networks, FIDH will call out to a number of international public figures and movie stars with personalized messages, such as:

BEHIND THE FICTION, A REALITY: REPRESSION & GENOCIDAL DYNAMICS

The “Genocide in Burundi” #StopThisMovie campaign has been designed to raise public awareness of the situation in Burundi highlighted in the report ‘Repression and Genocidal Dynamics in Burundi’ that FIDH reveals today. This 200-pages report is based on facts and analyses compiled over several months, led by FIDH and ITEKA (the Burundian League for human rights). It demonstrates that crimes of the most serious nature are currently being committed in Burundi: murders, kidnappings, disappearances, torture, rape and massive detentions, ordered by the highest ranking officials.

Extremely worrying phenomenon: the government's propaganda is founded on an ethnic ideology. It assimilates members of the opposition, of civil society, journalists and Tutsis as enemies of the regime. Enemies that must be eliminated. Burundi also just suspended its cooperation with the UN and withdrew itself from the International Criminal Court (ICC).

Sandrine Plasseraud, Founder and Managing Director, We Are Social

Aurélie Durand, Copywriter, We Are Social

Anthony Maio, Consultant, We Are Social

Fabien Gaetan, Planner, We Are Social

Special thanks to Canadian director Ryan Bowman who graciously handed over some of the rushes of one of the shootings in Burundi to make this trailer "Genocide in Burundi" #StopThisMovie. 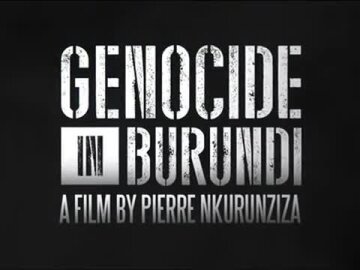 Plus de news sur We Are Social