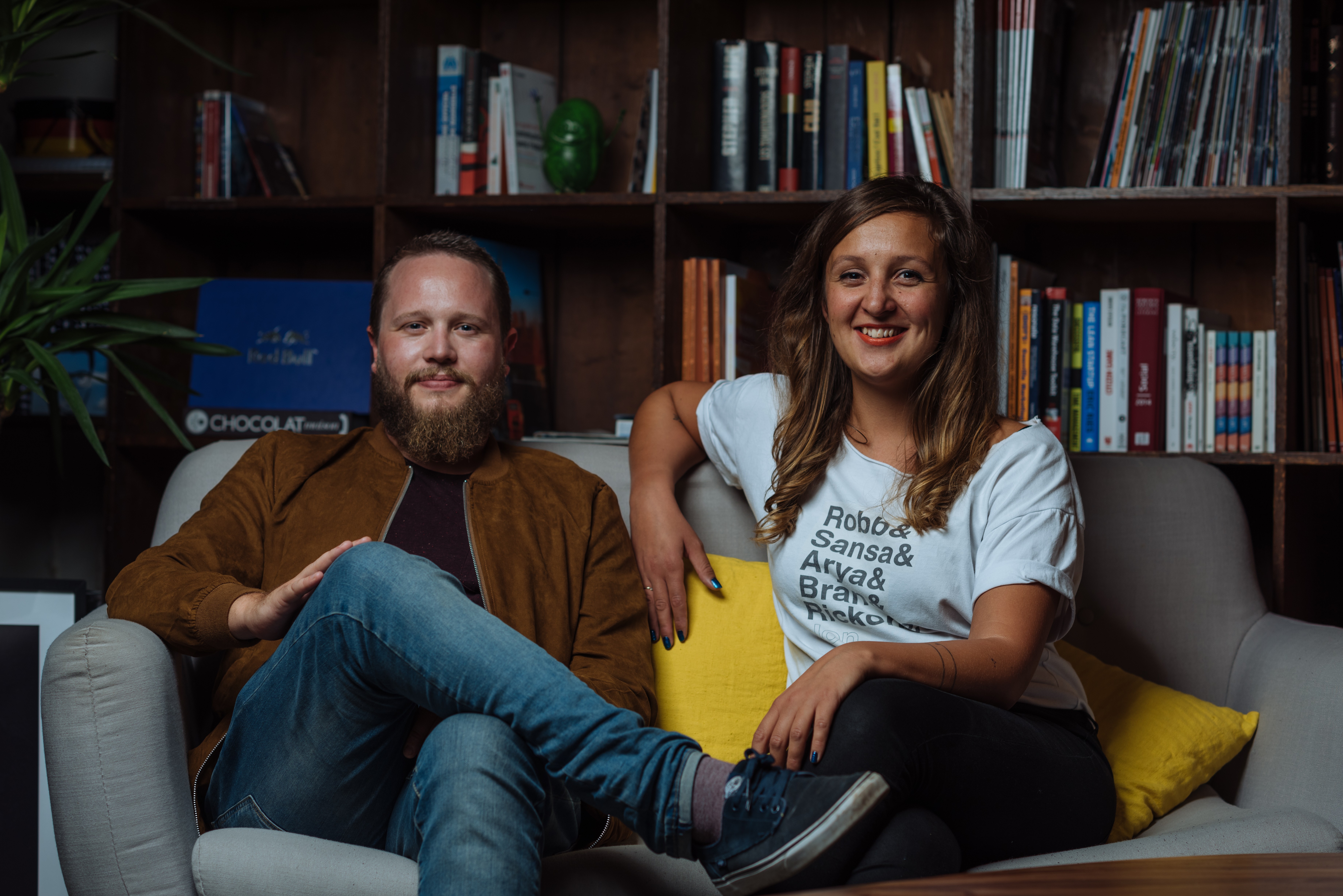 This dynamic duo, known in the business by their nickname Les DesF (a play on their surnames) have over the past four years signed off on a large number of projects at Dare.Win. And they believe that in an ever evolving communication landscape, being able to think of ideas not through the medium but through the usage is key.

Be that on mobile for a teenager-centric message, on YouTube to talk to kids, on social networks to spread pop cultures references, on websites for integrated experience, and even on dollar bills... you’ll find them and their teams. Also, most importantly, always keeping music playing!

They have also gone on to pick up over 20 prestigious awards including the Eurobest, Epica, Cristal Festival and Cannes Lions.

Having arrived back in 2014 as a fresh-faced creative team, Damien and Fabienne quickly became the heart and soul of Dare.Win’s creative vision, illustrated by their promotion in 2016 to the role of associate creative directors, principally charged with looking after Dare.Win's streaming accounts. Just one year later and whilst still in their late twenties, they now take the reins of the group’s entire creative operation, heading up all of the agency’s creative talent across the Paris and Berlin offices whilst overseeing all Dare.Win’s work for every one of its clients, among whom feature many well-known entertainment brands such as Spotify, Ubisoft, YouTube, ARTE and Babybel.

“Damien and Fabienne have always been top creatives who have a level of understanding of something that is all too rare these days: how modern consumers behave. In other words, an awareness of the fact that today we are more and more resistant to the pressure of traditional advertising,” explains Wale GBADAMOSI-OYEKANMI, founder of Dare.Win. “This special understanding has continually added an extra shine to our projects ever since their arrival. Who better, therefore, to head up the creative mission of an agency which loves challenging the status quo!"