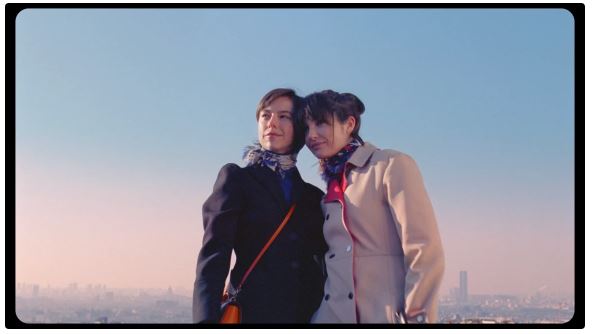 Alongside Marion Barbeau and Annabelle Belmondo’s performances, the song itself plays a central role in the film.

Jacques Dutronc and his legacy are present throughout “J’aime les filles”, personifying the Parisienne experience with a healthy dose of fun. This made Dutronc the ideal soundtrack choice for both the “Très Paris” launch film and new music video.

The recreation of “J’aime les filles” by Evergreen marries modernity with the timelessness of French culture. This combination represents the Longchamp brand itself — maintaining a trademark avant-garde creativity with superior craftsmanship in every collection.

Alongside the music video, there are 12 brand films, 2 BTS films, and 30+ photos and films created for social.

The second chapter of the Longchamp “Très Paris” campaign solidifies the brand’s inimitable Parisienne spirit. Communicating the effervescent energy that exemplifies all that is Longchamp, this new music video is witty, charming, and simply put, “Très Paris”.

In addition to the always-on work done by the agency on Longchamp’s Instagram account, this campaign is the fourth global launch from the Fred & Farid offices since the collaboration started in 2020. With hundreds of assets created over the past 3 years, the agency continues to build the “Très Paris” platforms.

Fridays for Future U.S. introduces "Aliens" on the occasion of the US midterm elections.

Ahead of the 2022 US midterm elections on November 8th, Fridays For Future U.S., a climate movement inspired by Greta Thunberg, makes a bold... lire plus
AGENCY: ,

"I Love You, California”

“I Love You, California”

“I Love You, California” For the upcoming GLOBAL CLIMATE STRIKE on September 23, Fridays For Future U.S., the movement inspired by Greta Thunberg,... lire plus
AGENCY: ,
Plus d'actus