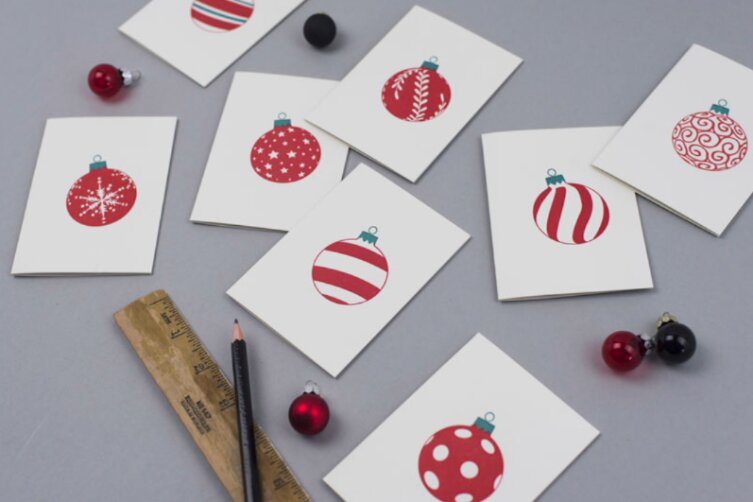 As you keep one eye on your plummeting bank balance, it won’t have escaped your notice that while Christmas is the season to be jolly, it’s also an industry. But one of the more fun and cuddly aspects of the festive economy is the greetings card business.

Here in Paris, where Design Plus is based, people send cards at the start of the new year. But in many countries – certainly the UK, where your author is from – it’s all about Christmas.

One British greetings card designer is Lizzie Parker of Penguin Ink, whose cards are printed on traditional letterpress machines. A finalist in this year’s Henries – the Oscars of cards – Lizzie is a former commercial graphic designer who started experimenting with her own designs when she was on maternity leave four years ago.

“I had already done some wedding invitations on letterpress, so I designed some ‘thank you’ cards for baby presents. Then I thought I might as well do some Christmas cards at the same time.”

By the time her maternity leave was over, she had designed her first collection. To find retailers, she visited stores in person. “After 17 shops, I had 17 stockists,” she says. Shortly after becoming a mother for the second time, she attended her first trade show – and suddenly she had 50 stockists.

At the time of our conversation she had just sent off her designs for Christmas 2019. So what makes the perfect card?

“I like a bold design with strong contrasting colours,” says Lizzie. She says that displays of affection are always effective: her bestselling card is called “Penguins In Love”. Having said that, she’s just designed a range of cards featuring Christmas tree baubles. 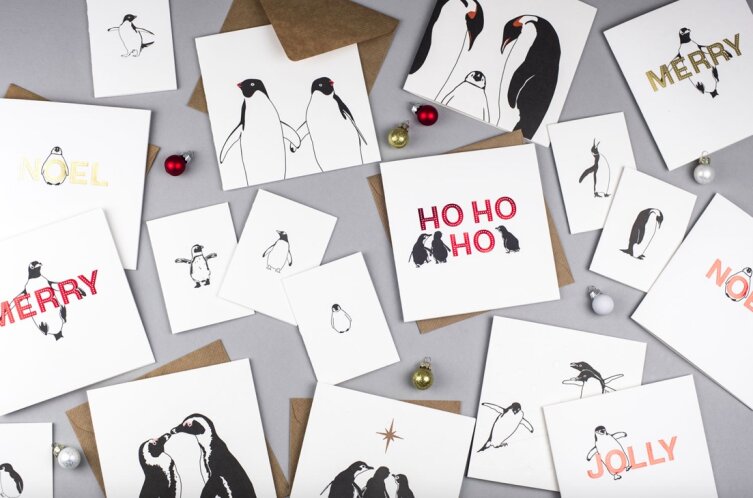 “Christmas is tricky because you’re trying to do something new with a very ‘over-designed’ period. Sometimes you find yourself looking for inspiration in wrapping paper or other cards, but you don’t want to copy anyone. I often just pluck something random from my mind.”

Greetings cards are apparently holding their own in the digital age. “I know it’s not the industry it used to be, but there are still customers at the luxury end of the market. If people make the effort to send a card, then they want to send something really nice.”

Not that her business is entirely analogue; like most designers she showcases her work on Instagram. “It’s a mixture of what I do and who I am. It’s important that buyers feel as though they know you. Because they don’t just buy from you as a company – they buy from you as a person.”

Another designer with an attractive Instagram account is Paris-based Magdalena Jamroz. I bumped into Magdalena when she was busy decorating the Christmas window of a restaurant with her signature botanical flourishes. In fact she’s rather in demand for windows and murals, although she also designs greetings cards, invitations and brochures.

“The botanical inspiration came from a dream I had when I was young. It was a secret garden behind a small door surrounded by dense vegetation. That image has always stayed with me.”

Originally from Poland, Magdalena attended the Beaux Arts in Krakow before continuing her studies in Paris. Eventually she entered the design industry, rising to art director at the luxury branding agency Chic. After six years, when the agency relocated to the Paris suburbs, she decided to turn her freelance side projects into a business. 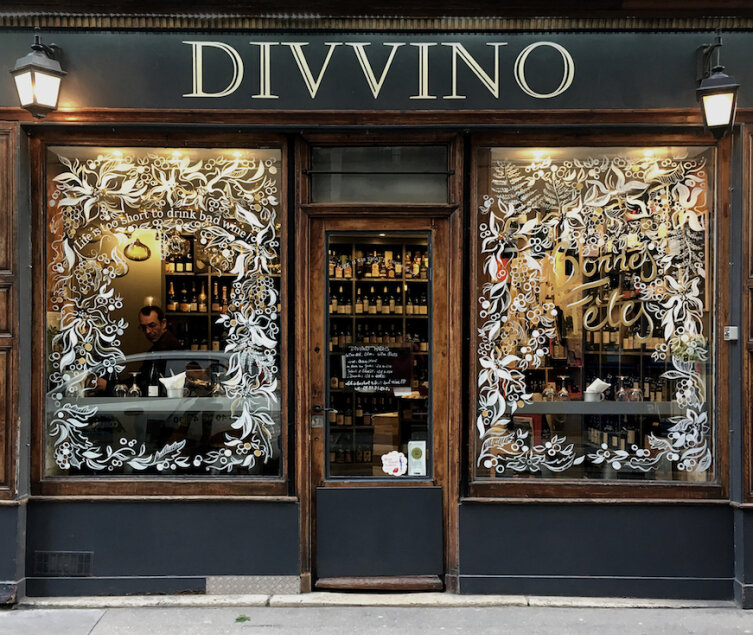 “The windows are a way of making what I do visible,” she points out. She uses acrylic in brush and pen form to create her lush foliage. And while her gardens – whether winter or summer – are beautiful, they occasionally contain surprises. “One client made me remove a snake,” she laughs. “I like to remind people that nature isn’t always gentle.” 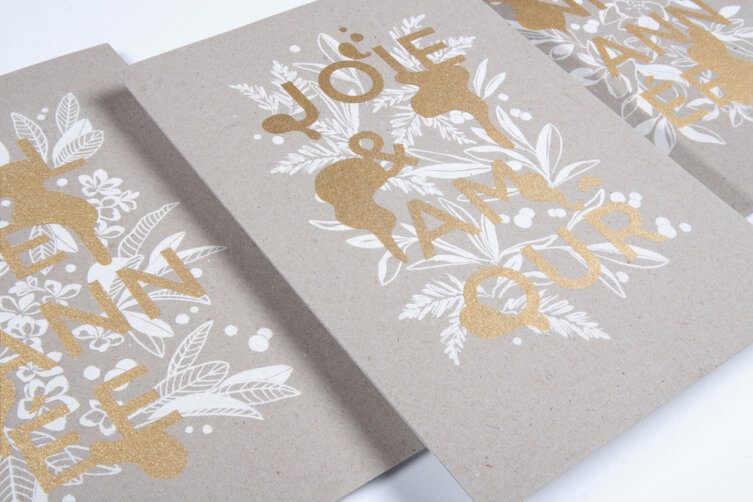 Embracing surprise, she adds, is one of the keys to creativity. “You start going down a certain route, but the secret is recognising when something new or different emerges and knowing how to seize it.”

This also prevents creative stagnation. “I find I get bored quite quickly, so I try to change by taking what I know and mixing it with something new.”

At the end of our interview Magdalena kindly gifts me with one of her calendar designs.

Counting down to Christmas 2019.

Before you leave: if you've been inspired by this piece, don't forget to enter Adforum's agency greetings card competition. It's open until January 7 and you can unwrap the details here.

Six Reasons Why Leonardo da Vinci Was the Ultimate Creative

Design Plus: Moving To Mars